A Brief History of the Modern Garage 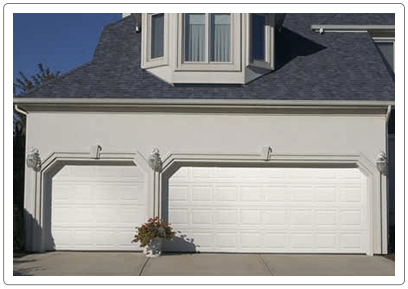 The garage is an integral part of the modern home, but it was not always so. The modern garage is only a little over one hundred years old, and like all forms of architecture, it has its own history.

Before cars were invented, most homes had an outbuilding for housing the horse drawn carriage. These carriage houses were often simple structures with dirt floors, four walls, and a swinging set of doors that were prone to falling off their hinges.

When cars came along, it did not take long for people to start looking around for someplace to store the vehicle out of the weather. Many older cars did not even have a roof, so finding a shelter was an important consideration for a proud, new automobile owner.

At first, cars often went into the carriage house along with the horse because it took a few decades before horses were completely obsolete as a major means of transportation, and many people still had horses, even after they bought a car.

Needless to say, this arrangement was not very satisfactory for anyone – the horse, the car or the owner. It was not long before people realized they needed a new kind of outbuilding dedicated to the storage of cars alone.

By about 1912, architects were hailing the invention of this ‘new kind of outbuilding’ and calling it a garage; a word derived from the French word garer, which means to shelter or protect.

In some towns, large, privately owned garages were constructed, and automobile owners rented space for their car. Sometimes these garages were even heated in winter, and the manager cleaned and maintained the space, and maybe even the cars as well.

But these kinds of public garages, even with heating and maintenance included, were still not very convenient for the car owners, because they were not right at the person’s home. It was not long until private residence garages began replacing the old carriage houses.

Older garages are often surprisingly small by modern standards. It was common to build them just big enough to accommodate the car, leaving a little space for the owner to squeeze in through the door.

Floors were often still dirt, and lighting and windows were not common in early garages. The old carriage house doors were still used in the beginning years, and the hinges continued working loose, making opening and closing the doors a real chore.

In 1921, someone solved this problem. C.G. Johnson invented the first overhead garage door. The door was made with hinged panels that could bend as the door lifted, and this was a great improvement over the old carriage house doors.

Nonetheless, the overhead garage door was still heavy and hard to lift. So five years later, the same Mr. Johnson invented the first electric garage door opener. This brought power into the garage, along with lights and a brand new idea of how the garage could also double up as a home workspace. Garages started getting bigger.

The Wayne-Dalton company was an early and successful manufacturer of garage doors, based in Ohio. When the company first moved there, they were lucky to find workers from the local Amish community who were excellent tradesmen. They began producing well-crafted, wooden garage doors in large quantities.

By the 1970s, materials other than wood were being used for building garage doors. Wooden doors were especially heavy and thick, and soon materials like galvanized steel, fiberglass and vinyl covered aluminum were replacing wood.

A sad point in the history of garages was that early electric doors did not retract if they closed onto something. Sometimes that something was a pet or a child, and between 1974 and 1995, 85 children had died in garage door accidents.

A nation-wide law was then passed, requiring that all overhead garage doors have photoelectric and pressure sensors that make the door reopen if it encounters anything while closing. As a result, accidental deaths involving garage doors have become rare.

While the modern garage is a lot different than the earlier versions, the old carriage house doors are actually coming back into style. This time, they have stronger hinges, electric openers, and safety features that combine history and modern technology for a safer and more functional garage door.